It should come as no surprise, the traditional family is now abnormal.  One husband, one stay-at-home wife, and any number of children is no longer a normal occurrence in American society.  The Council on Contemporary Families shows less than 25% of families today can identify with the traditional sense of family, and this figure doesn't include families where divorce has occurred.  So, why are adoptive families struggling so hard to project normality?

In transracial adoptions there is no hiding it on the outside, and while we cannot help but maintain a physical transparency that our family is in fact different, we cling to an ideal within that we can somehow be the same.  Both parents and children wrestle with this emotional battle wanting to simply fit in, avoid the curious public eye and carry-on worry free.

Even in this new normal of non-traditional, one parent, divorced parents, working parents family... adoption is abnormal.  This is a conclusion parents, children, relatives, and friends need to identify sooner rather than later.  The brave face of normality is a front to the reality of brokenness in our children's birth families, infertility in our own families and seasons of instability as both adults and children attach, mature, grieve and heal.

To some, this is not news, yet to others, this is offensive.  Adoption is not the new pregnant.  That is a cute slogan for a t-shirt, but any couple experiencing infertility will tell you this is not the case.  God may have foreknown the circumstances of an orphan's life, but this doesn't make it any less of a Plan B, C or D either.  To disagree is to somehow condone or even promote God's use of our sinfulness to achieve his righteousness rather than his righteousness in spite of our sinfulness.  In what normal occurrence does a family spend anywhere from $15,000 - $60,000 for their child?  And, even if we're adopting a spitting-image of a child from foster care, in what sense of normal do we need a judge to legitimize a child as ours?

The danger in approaching adoption as normal is in our expectations.  When we desire attachment and belonging to occur like it does with biological children... our families fall apart.  Not instantly, but eventually.  We bunker down, continue to convey as healthy a family as possible outwardly, and crumble inwardly.  This happens because children have lost trust in adults, fail to know what is expected of them in a stable family, and grieve their losses.  This happens because parents have no barometer for a timeline of when their child will make the next step in maturity.  Even in the most well-adjusted child and open-minded parents this potential lingers.  Until abnormality can be embraced, family cannot move forward.

In general, the hard part is your community will let you bunker down and then be appalled when you dissolve the adoption.  Some of the truly outlandish people will impose help on you, but even then, the bunker mentality to try and fix this on your own usually prevails.  Affluence is often a killer to adoption.  No parent wants to confess they spent thousands of dollars to bring a child home they now regret adopting.  No parents wants to admit they are incapable of meeting their child's needs.  These are normal feelings in adoption.  To hold them secretly is poison, and to convey them publicly means judgment.  So, how do we approach this quandry?

Refuse the bunker, and accept a new normal.  Agencies can do their best to prepare families, but this responsibility ultimately lies on the shoulders of the mom and dad.  (I'd like to note here we encounter too many dads who throw their hands up and escape to work rather than fighting for their marriages and children alongside their spouse.)  When the papers are finalized, our work as adoptive parents and children is not over.  In fact, if we did not do some of the things I am about to promote or insist on them being done, our real work is just beginning. 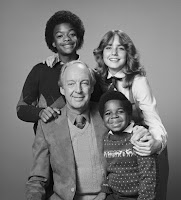 While no parent wants to expose their inability to nurture, protect and cure their child, no child wants to admit they cannot be in a family even if they have every reason to believe they're unwanted.  For as much as parents prepare for adoption, children are often thrust into situations they are even more unprepared for usually because they have no choice in the matter anyhow.  Insist that your child have a voice both in their adoption and in their position in the family.  I do not mean that every child should get to choose whether they are adopted or not, but their opinion should be heard and their ongoing understanding of life in this new normal must be considered.  If your child was not prepared, do as much as you can retroactively.  Give them opportunities for closure, acclimate them to new surroundings and honor their past as it is appropriate.

Realize you cannot do this without support.  There is an underground community of support regardless of where you are, however many times you will have to create it or find it on your own.  Grandparents, friends, neighbors, employers and churches have to be educated.  All of those groups are susceptible to leaving you alone both intentionally and unintentionally.  But, you cannot afford to be alone in this.  Get with other adoptive families, ask them what questions you need to ask.  Ask them what resources you need to bring others on board.  Don't wait until some volunteer at your church is confronting you with your child's behavioral issues to begin educating them, or you will bunker down and give up on meeting with the Body of Christ.

Keep your family marriage-centric.  There are seasons of life when work is overwhelming, schedules are over-committed and finances are limited.  This is true in every family, however it seems to be especially true in our families.  Yet, if your marriage is stale, and the last time the wife dressed up like a cheetah was your honeymoon, something must change.  It doesn't matter if you have to schedule sex at first... make your highest priority in your family the health of your marriage.  Being on the same page in your discipline is vital.  Communication and all the other cliched self-help tactics for your marriage are true.  Husbands, do not put this off!  Children need to see their parents' sacrifice, devotion and love for one another.

I could go on, but these aspects are foundational in our new normal.  As adoptive families, we are not held to the same standard.  It is not enough to be functional by meeting our child's basic needs.  There will be times when the best we can do is function, but our ability to adjust and grow as parents and families is instrumental in our own health.  I feel I have painted a relatively bleak and difficult picture of the abnormality of adoption.  Some of this is intended because the obligations of an adoptive family go above and beyond what is normal for traditional and non-traditonal families.  However, some of this is simply an overflow from my family's experience.

We have fostered and adopted some very hurt children witnessing the depravity of humanity and the resilience of it as well.  And, when people ask if I would do it differently by not adopting a child, I can in all sincerity say, "No." I have had regrets of decisions I made in parenting.  I have wished my children made better choices at times.  But overall, I embrace this new normal, prepare myself and others for what lies ahead, and enjoy the beautiful, occasionally chaotic adventure that has ensued.

Invite others into your journey with you, and enjoy it... this life is anything but normal.
Posted by Unknown at 10:58 AM